ID Communications picks up world rights for  Boxing With Her

ID Communications announces the North American premiere of “The Maiden Danced to Death” at the Montreal World Film Festival….

ID picks up international representation for US comedy Through the Glass,
featuring top Nollywood star Stephanie Okereke for Cannes Market.

ID picks up North American representation rights for “Cracked Not Broken” a
riveting portrait of a young and highly intelligent mother
and crack addict from Toronto, Canada who attempts to make a clean

ID acquires international distribution rights for three faith-themed documentaries “Cheating
God out of Christianity“, “Message to the Seven Churches” and “Quest
for the Real Paul” all three documentaries by US-based  Vision Media Productions.
Providing an historic and balanced view of the foundations Christianity
for a non-faith audience, the trilogy is available for worldwide sales.
for details

ID picks up rights for documentary  A War in Hollywood featuring Susan
Sarandon, about the unique role of Hollywood in the Spanish civil war,

during the McCarthy era.

The ‘cult of the lawn’ is exposed this weekend, as CBC Canada premieres American
Savannah June 13, 7pm, on David Suzuki’s The Nature of Things…more

Read about us in Variety

The “Just Facts” line of feature documentaries premieres 4 new theatrical documentaries at the EFM, seeking to position itself in the growing market for strong ‘point-of-view’ issues-driven documentaries intended for worldwide theatrical and DVD release.

“Our aim it to meet the growing demand for shocking factual stories told on
cinema screens where fundamental issues in our society are often swept under
the carpet by mainstream media, either because of fear of advertiser
reprisal, or simply because many of the news formats and ‘reality
tv’ formats no longer adequately lend themselves to exploring complex issues” said
Dan Shannon. “We are excited that our first 4 films in this strand all raise important
questions about our rights to know ‘the facts’ in their respective areas of inquiry, but
above all, remain solid entertainment with strong potential for exploitation on
DVD and other media. If the films subjects are ‘too difficult for television’ remains
to be seen. We are entering the market with a solid range of committed and prospective

theatrical and DVD partners from Canada, US, Australia, South Africa, UK, and more. ”

The “Just Facts” launches at EFM:

“Frag” – Exploring the social impact of the exploding world of video gaming, 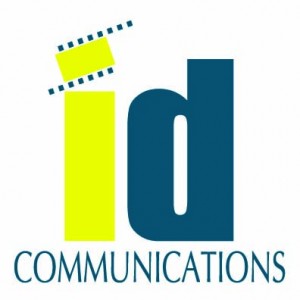