A Film Sales Agent, ID Communications builds relationships for documentary and indie feature sales and acquisitions around the globe. We attend a range of international Film markets, where film sales agents and buyers for TV, theatrical, DVD and online distribution come together.

We are proud to announce we have finally launched our Film Sales Agent iPhone App and Android App, please download it and see for yourself. The App was produced by our sister company ID Digital Media, who make lots of Apps for a range of B2B clients.

Our particular approach to film distribution is very digital media focus: We first like to define the niche of any given film, doing extensive research not only for which traditional channels may accept a given film or film genre, but also who and how many are actively searching for similar films online.  Finding one’s online sweet spot, will be part of any good Film sales agent‘s job in the next decade, but we think it is our job now.

Dan Shannon, the company’s principal, is often invited to speak at major markets such at Berlin Film Festival’s Meet the Distributors as a documentary film sales agent

To learn more about how we do this, and to see if our film sales agent services might be a fit for you, please send us info about your film at contact @ idcommunications.org 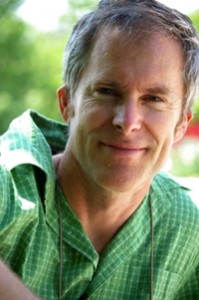